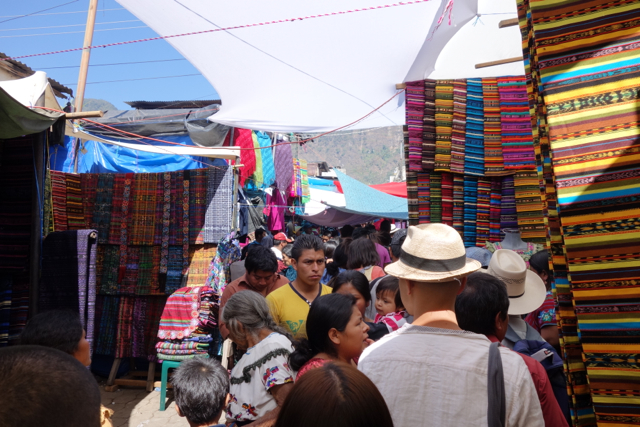 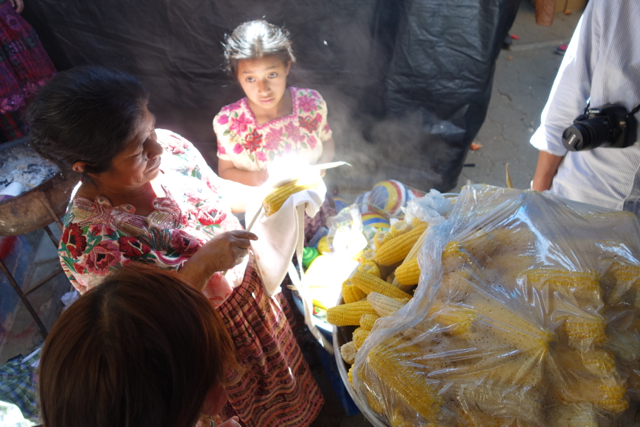 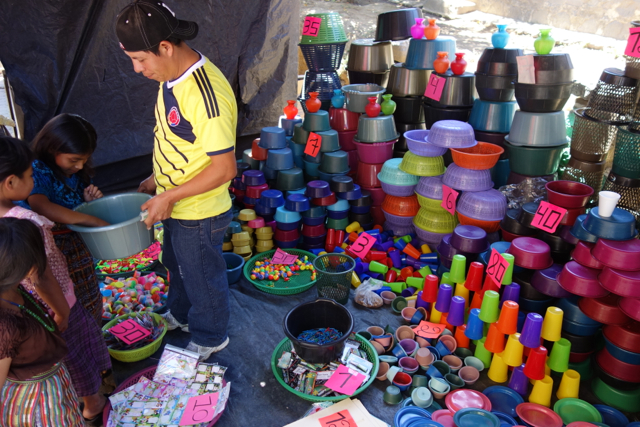 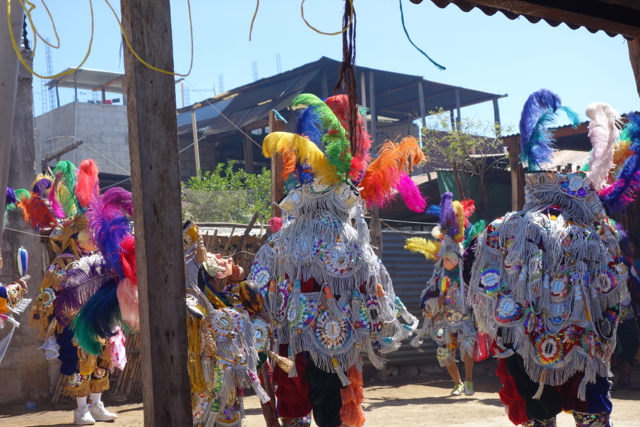 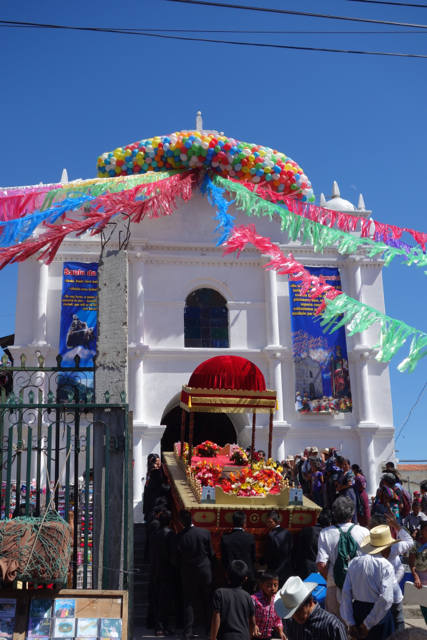 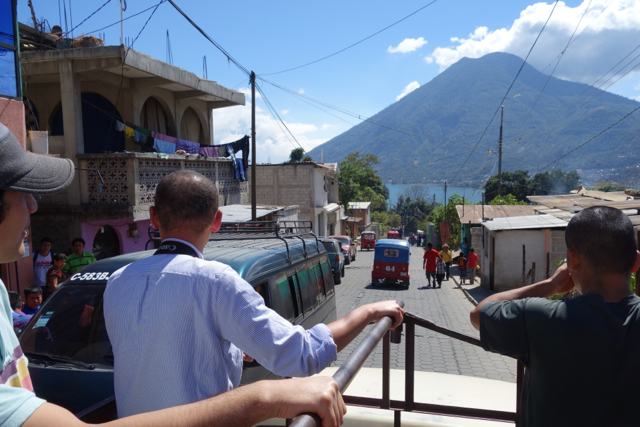 A festival of mixed cultures, o…

A festival once a year

Around the lake Atitlán, there are 12 villages. Today we visited one of the villages : San Pablo La Laguna because in the village a festival is hold once a year.

We and friends who stay in Casa de Nagare went there!

It took 20 minutes by a chicken bus.

↑A lot of shops along the main street.

This fastival was for San Pablo who was a Christian saint. So People of San Pedro village  celebrate once a year.

In the villages around here, after Spanish came, they believed Christianity. However the style seemed different. In the churches every night they hold a large concert with a band.

Even if we were far away, we could hear the singing voices from a microphone and drum sound. Every night, every night!! After singing together for an hour, a pastor talked a little, then the meeting was finished.

However the Maximon in Santiago Atitlán、indigenous religions remain and we can feel it in the festival like the following photo.

People dressed in traditional costumes, such as a bird, had dancing to rhythm of marimba in someone’s house yard.

So interesting scene. I reminded of a custom of my mother’s hometown. There, once a year, local people gathered in a house yard that someone died in this year, and danced a traditional Japanese dance together.
It was a kind of funeral, and I felt same thing in this festival in Guatemala.

↑They brought  the big ‘coffin’ into the church.

At the same time of the traditional dancing, other people brought  the big coffin. Inside was San Pabro?? I thought It was maybe more Christianity atmosphere.

The indigenous religion and Christianity live together. Interesting!

↑Going back to our guest house in the pick-up truck.

We went back to San Pedro La Laguna in the pick-up truck.
So nice air!!!!!